The buzz around the craft world today is the

The project was announced in January of 2010 with a goal of 8,000 scarves for each of their volunteers around the stadium. To reach this goal they projected they would need to receive about 12 scarves per day. The Indianapolis Super Bowl Host Committee asked the community to hand knit, crochet, or weave a scarf for each of the volunteers. The completed scarves would be sent to the Indiana Women's Prison to have a unique Official Super Bowl Host Committee patch hand sewn onto each scarf. 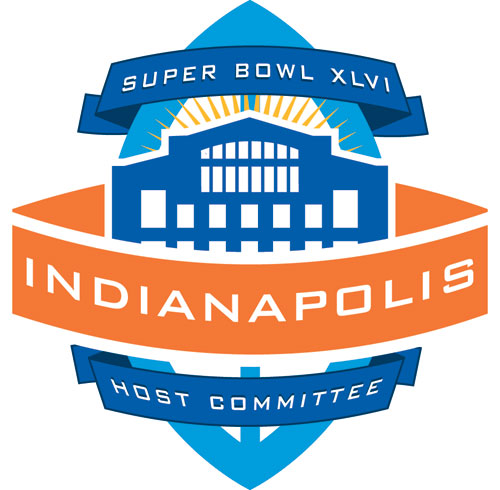 Crafters from 45 states and South Africa, Belgium, England, and Canada helped the committee exceed their goals. Combined they have produced over 13,000 scarves and counting.

What a great and unique way for the Indianapolis Super Bowl Committee to say Thank You to all it's volunteers this year.

- Keep an ordinary emery board handy when working with plastic canvas. It is great for filing off tiny rough edges and for rounding off corners.

- Using fabric softener sheets for the dryer will remove grease pencil markings from plastic canvas. The sheets do not tear as easily and the marks come off easily.

Well not really... because it's yarn after all. One can NEVER have enough of it.

On the way home from work tonight I needed to stop into the local Hobby Lobby for a few things. Yarn was the most important thing but I did find a couple of other things I was looking for forever. Which will be another post soon I promise. Also my dear hubby said it was ok, well actually he didn't know I was stopping because then I would have had to come get him and go back. Hobby Lobby has stuff for guys too. I needed to pick up a shade of Sage Green Red Heart Yarn.

Here's where my problems came in.... I looked at the yarn at home and thought hmmmm... LIGHT SAGE GREEN. So that is what I bought. I was quite excited they had it because, I have had problems finding sage green in any shade in the past.

I got home and looked at the yarn that I was supposed to be matching and you guessed it... wrong shade. DRATS... what do you do now???

Of course you have to keep it!! I swear I will find a use for it soon.

A side note, and why I called this post night vision yarn. I took the picture in my office chair and the lighting isn't the greatest. The shades of sage did funny things to the camera but you can still tell I bought the WRONG SHADE... I really needed to buy the Dark Sage that's draped across the top of the brand shiny new yarn.

This time I will follow my own rules about yarn buying and trying to match shades and NOT eyeballing it. Yeah... like I am going to remember what the shade of green looks like at the end of the work day. So I am clipping the end and taking it with me to match it up, so I can buy more yarn.

The other funny thing about this is when I went to put it away..... I found more of the same shade. So I must be chronically terrible and matching shades by memory. SHHH.... we won't tell my husband

This is my first post to the new craft blog, I am working on. Ok... who am I kidding it will never be finished

There is so many incredible crafters, and artists out there waiting for me to check them out so this will be my work in progress crafting adventure.

I will be adding new categories, posts, events as fast as I find them. As an avid crafter myself I find it exciting to go out and see what everyone else is doing. I primarily crochet, but am always interested in new crafts that I might be able to do, or NOT... if you seen my attempt at painting you would be snorting pop out of your nose right now. I'm still fascinated with it though, not in the Mona Lisa artist canvas way but in the more folksy furniture painting kind of way. Who knows one of you might explain it to me in a way that just clicks. This happened with my crocheting. My mother was an avid crocheter but didn't have the patience to teach anyone. I learned to crochet from my grandmother. One of these days I'll explain her technique in a post or maybe even make a video for all of you. I won't be explaining my mother's technique however, there were lots of tears involved on both sides.

I know this is only my first post, but if you want to keep up to speed on everything. My suggestion is to subscribe to my RSS feed link at the top of the page. It's the little orange square next to the search box.

Now that I've shamelessly cyber-begged you to follow me... enjoy the site, and if you have any comments or suggestions, or something you want to know more about feel free to use the contact me page.
- Tessa Note: Originally Posted on old site on August 30th, 2010